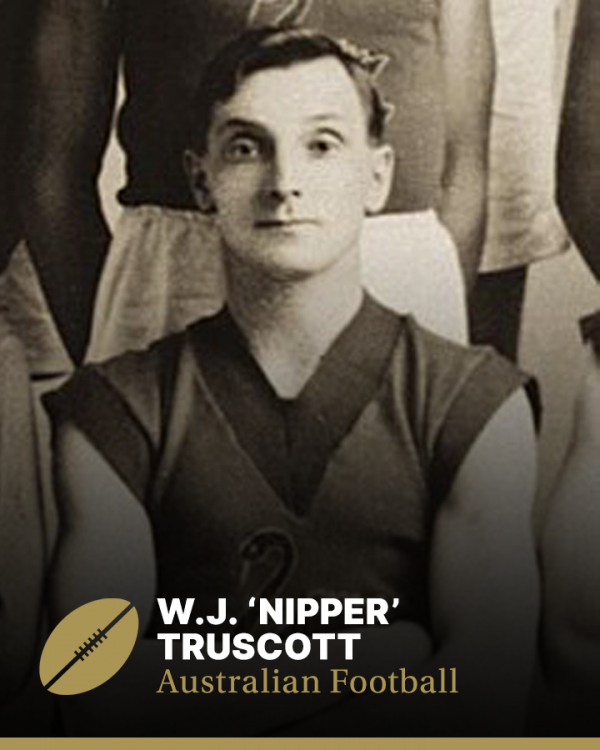 One of the greatest pioneers of Western Australian football. Born in Lithgow, New South Wales, Truscott moved to the WA goldfields in 1900. He played five years with Mines Rovers in Kalgoorlie before moving to Perth in 1912.

Forced to stand down for one year to qualify for Perth football, he played 420 matches for East Freemantle from 1913 to 1924 and 20 state carnivals.

A centreman, he was the only Australian football player to play in the first five interstate carnivals (1908 to 1924), playing his fifth in 1924 at the age of 38. He was selected in the All-Australian team each time.

Truscott was also an accomplished cricketer and represented Western Australia as a wicketkeeper.