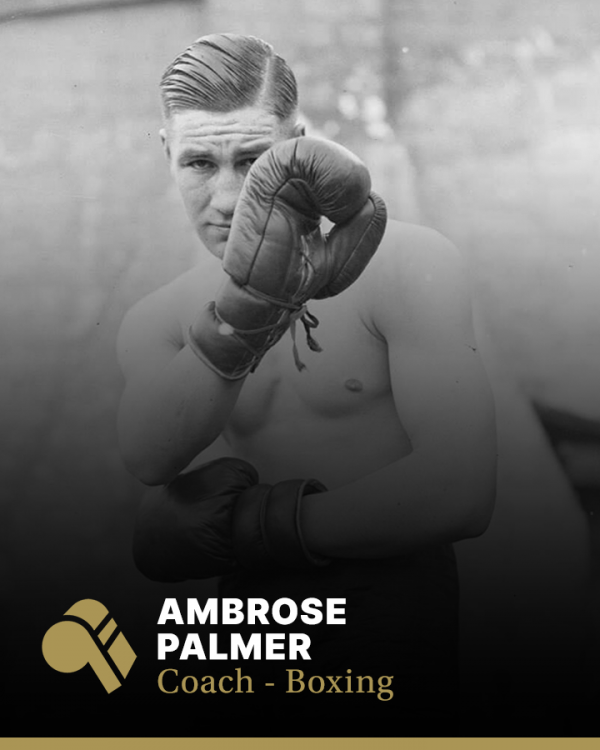 Ambrose Palmer’s record conveys what a great man he was. A champion boxer, footballer and trainer of fighters, he carried on the science of boxing training started by Larry Foley back in the late 1800s.

Palmer had two careers. The first saw him become one of the best middleweights in the world. The second was as a trainer that resulted in numerous champions including world featherweight champion Johnny Famechon.

Palmer returned to boxing after World War II, this time as a trainer guiding champions such as Jack Johnson, Mickey Tollis, Al Bourke, Pran Mikus, Ricardo Marcos, Max Carlos, Jack Kirkham and Paul Ferreri. His greatest success was in 1969 when Johnny Famechon defeated Jose Lergra for the featherweight title of the world.

Palmer was inducted into the Australian Boxing Hall of Fame in 2003.