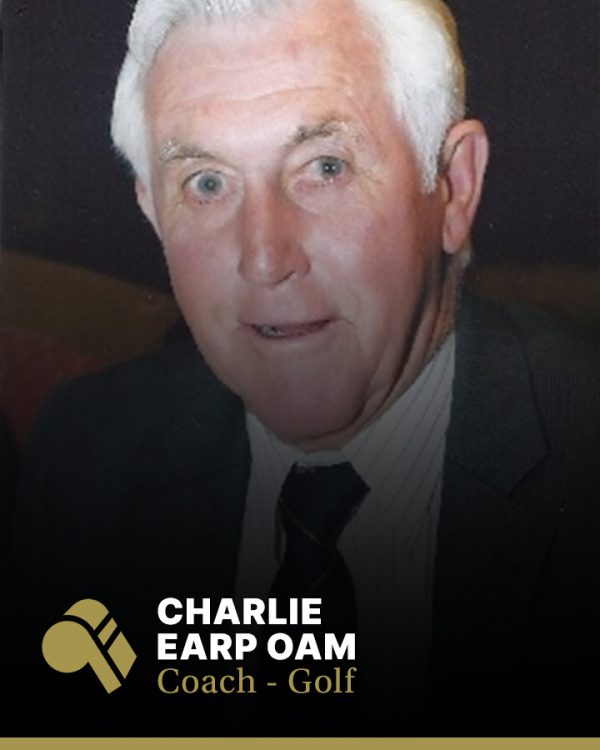 Charlie Earp is regarded as one of the world’s foremost golf coaches and his name is synonymous with the British Open winner Greg Norman, US PGA winner Wayne Grady, Women’s British Open champion Corinne Dibnah, and many other outstanding professional and amateur players.

In 1958 Earp was appointed the Professional at Royal Queensland thereby curtailing a promising playing career. Then in 1962 he was appointed president of the Queensland Professional Golfers’ Association. Instrumental in this time, Earp helped to establish the ‘Sunshine Circuit’ for Professionals throughout Queensland, the Northern Territory and New Guinea.

In 1978 Earp was awarded Life Membership to the Australian PGA in recognition of services performed and in 2000 was awarded the PGA Lifetime achievement Award.

In 1982 Earp was appointed Queensland state coach to both the senior and junior amateur teams under the auspices of the Queensland Golf Union and in 1987 assisted in the set up of the Greg Norman Junior Golf Foundation to encourage junior golfers.

In 1993 Earp was awarded the Medal of the Order of Australia (OAM) for his services to golf.