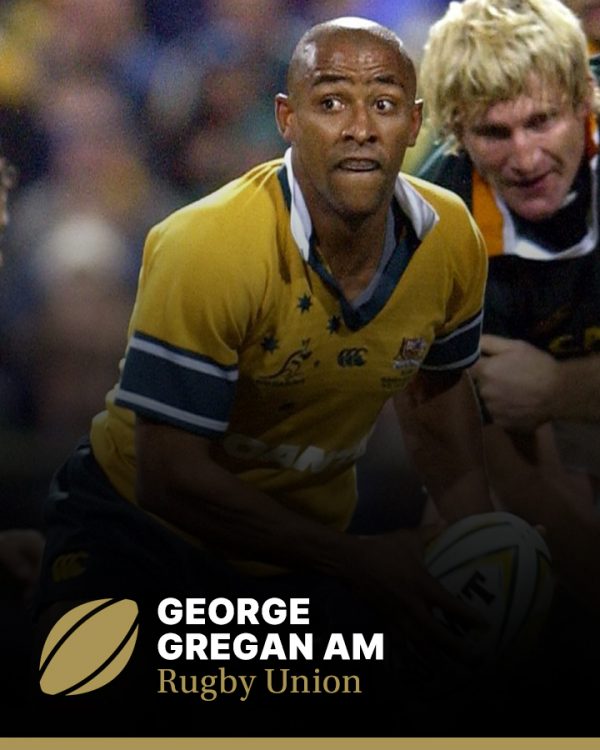 George Gregan AM was inducted into the Sport Australia Hall of Fame in 2009 as an Athlete Member for his contribution to the sport of rugby union.

After he represented Australia 139 times and captained the side in a record 59 matches, Gregan retired as the most capped Wallaby in Australian Rugby history.

He took part in four World Cup campaigns (including the 1999 World Champions and the side which came heartbreakingly close in 2003), 12 Tri-Nations series and winning six Bledisloe Cups between 1994 through to 2002.

He was a founding member of the ACT Brumbies in the Super 12 (now Super Rugby) series, playing 136 matches and winning two Premierships with them from five grand final appearances, including the first in just their second year.

George Gregan was born in Lusaka, Zambia, in 1973, but moved to Australia with his parents when he was just a year old. He began playing rugby as a schoolboy in Canberra and was selected in national sides at under-19 and under 21 levels.

In 1994 he made his first appearance for the Wallabies in a match against Italy in Brisbane. Later than year he made a famous try-saving tackle on All-Black Jeff Wilson that helped Australia to an epic Bledisloe Cup victory.