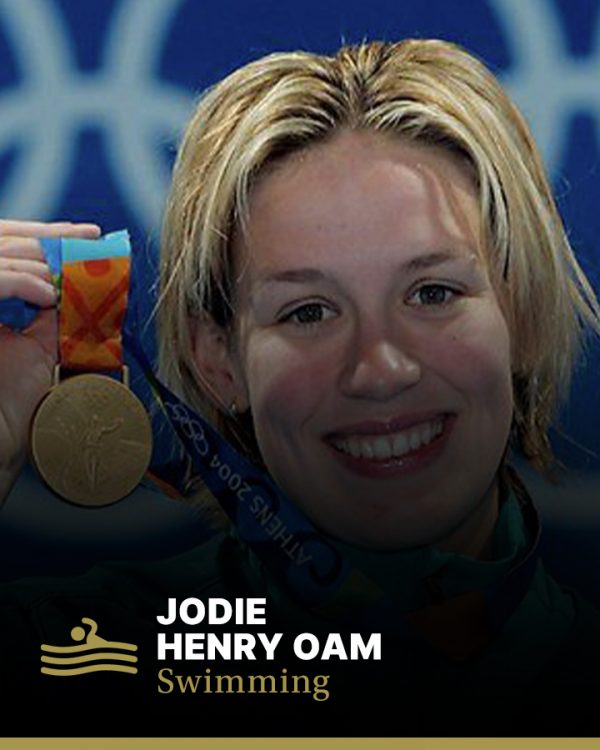 Jodie Henry OAM was inducted in the Sport Australia Hall of Fame in 2014 as an Athlete Member for her contribution to the sport of swimming.

Henry’s name will long be linked to one stellar week in Athens in August 2004 — a week in which she captured three Olympic gold medals and was part of three world records.

She took individual gold in the100m freestyle (setting a world record along the way) and was a key member of the gold-medal-winning 4×100 freestyle and 4×100 medley teams -both of which also set world records. Her victory in the 100 metres gave Australia its first win in that event since Dawn Fraser 40 years before.

But that week was merely the highpoint of an illustrious career.

Jodie Henry took up competitive swimming at the relatively late age of 14 but quickly made her mark — winning five medals at the Commonwealth Youth Games less than a year later.

Injury prevented her qualifying for Beijing in 2008 and in 2009 she retired, but her stunning run of success from 2003 to 2006 played a key role in the rejuvenation of Australian women’s swimming.