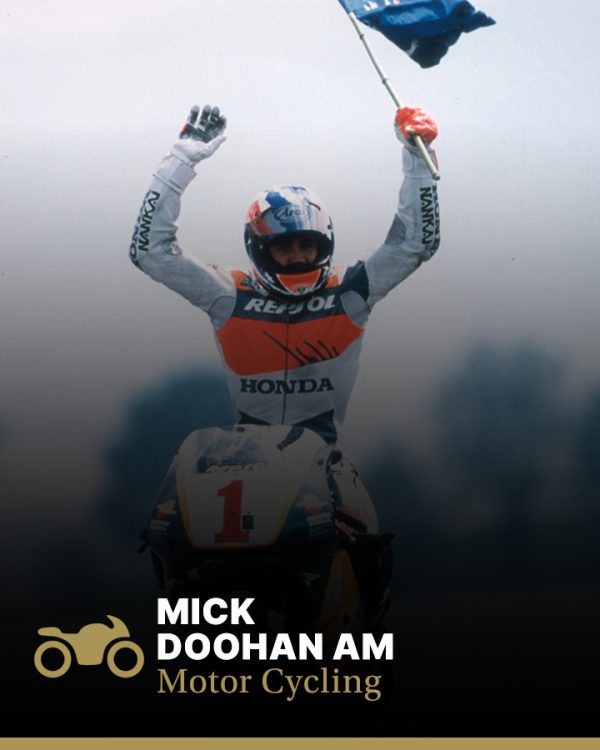 Michael Doohan AM was inducted into the Sport Australia Hall of Fame in 2009 as an Athlete Member for his contribution to the sport of motorcycle racing.

Doohan made his debut on the international 500cc circuit at Suzuka Japan in 1989 and a few months later achieved the first of his 95 podium finishes with a third placing at Hockenheim, Germany. The following year he rode his Honda (the brand with which he had such a long and successful association) to victory at Hungoraring, Hungary, to notch up the first of his 54 career victories.

He finished third in the world championships that year, second the following two years and fourth in 1993 before beginning his spectacular five year run as world number one.

In 1997 he totally dominated the sport, winning a world record 12 Grand Prix events in a season.