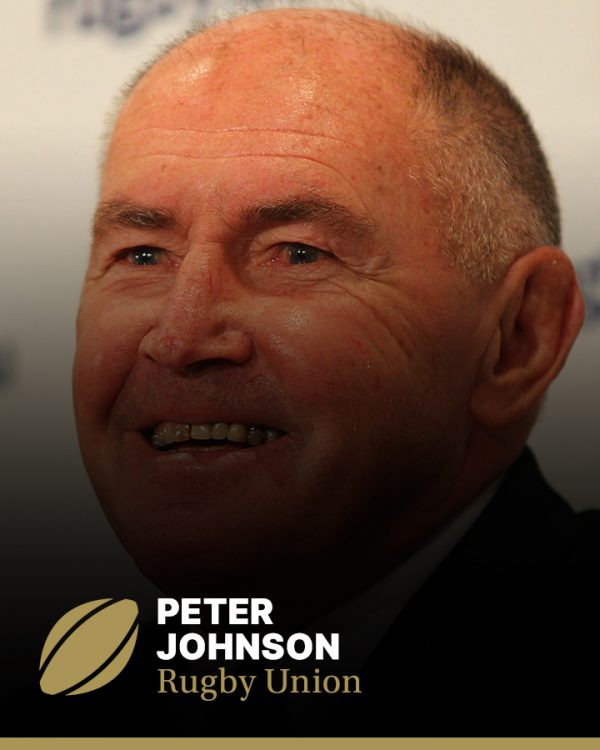 Peter Johnson was inducted into he Sport Australia Hall of Fame in 1989 as an Athlete Member for his contribution to the sport of Rugby Union.

Peter Johnson was a durable and long serving rugby union hooker who played in a then record 42 Tests, including three as captain (the record was broken in 1987). In a career spanning from 1959 to 1972, he played in 37 consecutive Test matches.

Johnson played 215 first-grade matches for the Randwick club in the Sydney competition, making his Test debut against the British Lions in Brisbane in 1959 after playing in New South Wales’ 18-14 win over the tourists.

He figured prominently in Australian victories over the South African Springboks, England, New Zealand, Wales, and France. He also represented against Ireland, Scotland and Fiji.

His courage and toughness were unquestioned when confronting the huge Springbok pack in 1961, and after the South African tour he combined with John Thornett and Jon White to form one of Australia’s great front rows. A fine player in the loose as well as the tight, Johnson made an indelible contribution to scrummaging techniques and will also be remembered for his astute football judgements and his humorous writing on the game.

Inspiration: ” The race is never over – never give up”