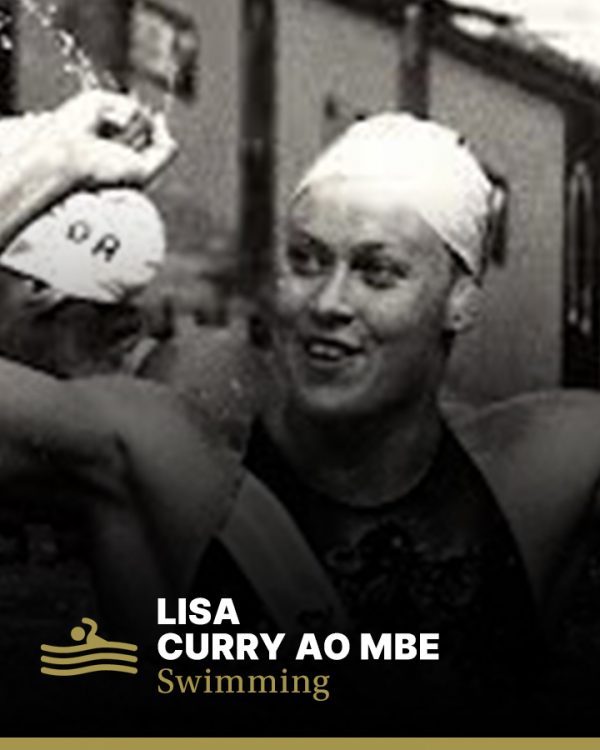 Lisa Curry AO MBE was inducted into the Sport Australia Hall of Fame in 1985 as an Athlete Member for her contribution to the sport of swimming.

Curry – a winner of 15 gold, seven silver and eight bronze international medals – is the only Australian swimmer to have held Commonwealth and Australian records in every stroke except backstroke. Her remarkable abilities were evident early in her career, and by the age of 12, Curry was one of the fastest swimmers of her age in the world. Fittingly, Harry Gallagher oversaw the young Brisbane swimmer’s early career, having guided swimming greats such as Dawn Fraser and Jon Henricks in the 1950s and 1960s.

At the age of 15, Curry was ranked number five in the world for the 100m breaststroke. From 1977 to 1992, she represented Australia 16 times. She won 15 national long course open titles and competed in two World Championships – Berlin in 1978 and Guayaquil (Ecuador) in 1982. She also competed in three Commonwealth Games; Edmonton in 1978 where she won silver in the 4x100m medley relay, and Brisbane in 1982, where she won three gold medals – in the 100m butterfly, 200m and 400m individual medley – and a bronze in the 100m freestyle. In Auckland in 1990 she surpassed her previous efforts, winning four gold medals – 100m butterfly, 50m freestyle, 4x100m freestyle relay, and 4x100m medley relay – and one silver, in the 100m freestyle.

Curry also competed in three Olympic Games, 1980 Moscow, 1984 Los Angeles, and 1992 Barcelona. On her retirement from swimming after the Barcelona Olympics, Curry took up other sporting pursuits, competing in surf boat rowing competitions and championship outrigger canoe events. Her team won the Queensland Surf Life Saving Championship in 1996, and the World Championship Outrigger Canoe event in 1997.

1982: Made a Member of the British Empire (MBE)
1994: Awarded the Medal of the Order of Australia (OAM)
2000: Appointed Chair of the National Australia day Council by Prime Minister John Howard