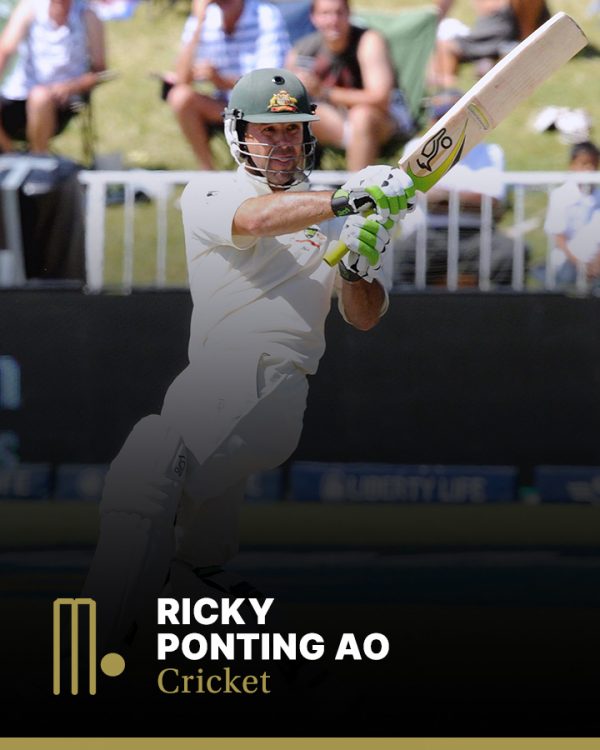 Ricky Ponting AO was inducted into the Sport Australia Hall of Fame in 2015 as an Athlete Member for his contribution to the sport of cricket.

Ponting, simply, is one of the most accomplished cricketers of all time.

The Launceston-born batsman, who started playing first-class cricket at 17 and graduated to Test and one-day level at 20, retired at 38 with more records than any Australian player.

When he retired in 2013, only India’s Sachin Tendulkar had made more Test and ODI runs, with Sri Lanka’s Kumar Sangakkara since passing him in ODI’s.

In his professional career, he scored a staggering 41,422 runs with 116 centuries and 210 half-centuries in 793 matches.

He was Australia’s 42nd Test captain, winning 48 of 77 Tests, including an historic 5-0 Ashes whitewash of England, and equalling the world record set by Waugh’s team of 16 straight Test victories. In the ODI format, he masterminded back-to-back World Cup triumphs with a record 34 consecutive match wins.

Only Allan Border, with 93, captained Australia in more Tests and Ponting’s winning percentage of 62.34 is third behind only Waugh’s 71.93 from 57 matches and Sir Donald Bradman’s 62.50 from 24 among players with more than 10 Tests as captain.

He was unlucky not to have joined the elite group of batsmen to have scored a century on Test debut, given out to a dubious lbw decision when on 97 against Sri Lanka after becoming Australian Test cricketer No 365.